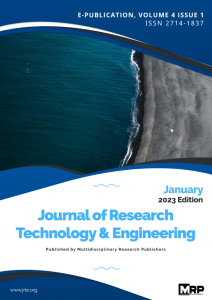 Iraq is considered one of the oil-producing countries and one of the OPEC members. Iraq has storage equivalent to 11% of the global oil and the average daily production is 3.5 million barrels. In this paper, the highlights of the Iraqi crude oil refining products in the Najaf refinery and their statistical analysis were presented in order to determine the physical properties and quality of the refining process products (Naphtha, Kerosene, Gas oil, RCR, and Iraqi crude oil). The study showed that the API for Iraqi oil is 29.3 and is considered heavy oil, and the specific gravity of Naphtha was within the internationally acceptable standard. As for the average initial and end temperatures of Iraqi gas oil, they ranged from (204.79 – 359.73) ° C, This is an important indicator of the presence of a high percentage of impurities in Iraqi gas oil. As for the salts, the percentage was 171 g/m3 in the crude oil. It was also noted that the average percentage of sodium and water in
crude oil was 0.272%, which is a high percentage, which affects the quality of the Iraqi product. As for the average flash point of Iraqi gas oil, it was 75.11 ° C, which is an important indicator of the ease of combustion.Finally, this statistical study confirmed that the Iraqi crude oil refining products in the Najaf refinery are of good quality, so this data can be used for various future studies.